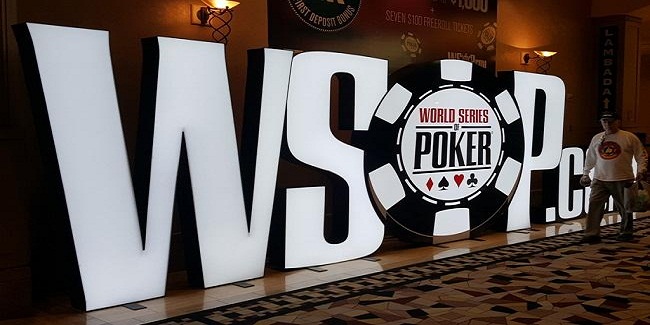 47th Annual WSOP started from May 31 and I will complete on July 19, 2016. The series features 69 events and till date 67 gold bracelets have been distributed to different poker players, who have done well in their according championship. The Final or main event of the series is underway at the Rio All-Suite Hotel & Casino in Las Vegas.

It was another record breaking year for the world series of poker, because a total number of 107,833 players (up 4.2%) participated to different games of the series for $221+ Million Prize pool. In the history of WSOP, it is just the second time when events attracted more than 100,000 players from 107 different countries, whereas a record 15,767 players received prizes from the tournaments.

The Payout field for this year’s WSOP series was also increased to 5% and hence it becomes a total 15%, which was only 10% in previous years of the championships.

Players from across the world took home a massive amount of $221,211,336 as cash prize and this is simply electrifying and proves the success of this great poker festival.

Meanwhile the Main event of the 47th Annual world series of poker attracted a hugh field size of 6,737, which was more than 5% than previous years. Total entries generated an amount of $63,327,800 as cash prize pool and the winner will take home an enormous $8,000,000 as first prize.

There are two charity linked events are also were in the card. The first one was event#67 which was ONE DROP High Roller and another one is event#69 for ONE DROP( which is an initiative to implant water access projects in the world).

Top countries from which poker players participated in 47th Annual WSOP are as follows:-