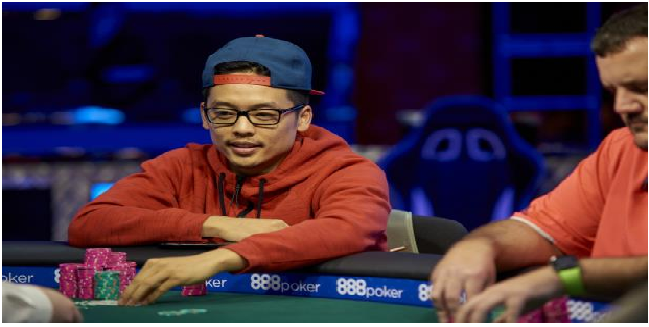 A professional poker player from south California, Mr. Allan Le has won the event#53 of the WSOP 2016. The event was $1,500 buy in Omaha Mixed, which attracted 668 players from the entire country and generated a cash prize pool of amount $901,800. Top 101 finishers of the game were paid out.

The 30 year old man is a pro poker player and has been through 2 final tables of the world series of poker. This was the 30th cash for the player at any WSOP tournament and all time money for the player is now exceeds to $613,564. Phillipp Elrisch from Germany was the runner up of the event and got $116,915

The final table of the game included some of the new players as well as veterans. Le was having a good chip lead over other players and he continuously played well till the end of the game, and crowned as the winner of the game.

A German poker player named Phillip Elrisch was the runner up and collected $116,915 as winning prize. The third position of the event belongs to a pro from Texas Cody Crouch, who got off with $79,403.

Canadian Gavin Smith was the fourth rank holder for a winning share of amount $54, 889, whereas Keith Ferrera from Las Vegas wins $38,634, being fifth.

Israeli Yuval Bronshtein got busted to sixth position and got $27,696 as total share. Meanwhile David Bach hit the rail to seventh for $20,229; Gary Bolden of Vegas collected $15,059 and John Monnette, from Palmdale collects $11,431, being ninth.

Michael “the Grinder” Mizrachi was another notable player with all time money exceeds to $7 Million finished his journey to 31st position.