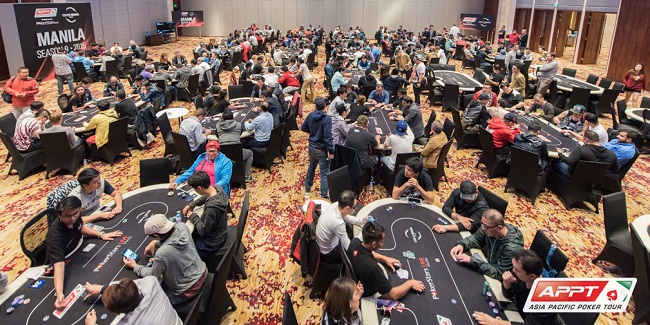 One of the prestigious poker tournaments in the world and of Asia pacific is about to begin in manila, the capital city of Philippines from July 28 to August 8. The tournament is one of the highly popular poker festivals, which attracts hundreds and thousands of poker lovers from across the country, Area and region. The tournament attracted 2,769 entrants last year, whereas the main event of ₱50,000 buy in received 585 entrants in 2014, which generated a hugh cash prize pools i.e. ₱52 million of $1.1 Million.

The tournament is expected to do good this year as well. The first event of the 12 day long Pokerstars sponsored poker festival is a ₱3 million guarantee, which you don’t want to miss as a poker player. The event will take place from July 28 and will conclude on July 31. Last year’s opening event of the tournament was took down by a player from Singapore named Alex Lee, who collected over ₱1 million of cash prize for a ₱10,000 buy in No Limit Hold’em. This event attracted 570 entrants and generated a whooping prize pool of nearly ₱5 million.

The tournament will also feature High rollers. The high roller vent of the festival will take place from August 3 to August 4 and it is expected to draw lots of high stakes poker players. Last year’s High roller of the APPT belongs to a pro poker player from Norway named as Henrik Tollefsen, who pocketed the first prize of the championship. This was a ₱200,000 buy in High Roller, which received 33 entries and generated more than ₱6 million, as cash prize pool.

This could be a best place for all poker lovers and players looking to play some awesome game in a short time. You just can’t miss this opportunity. We at real poker online will provide you all the details regarding poker news.