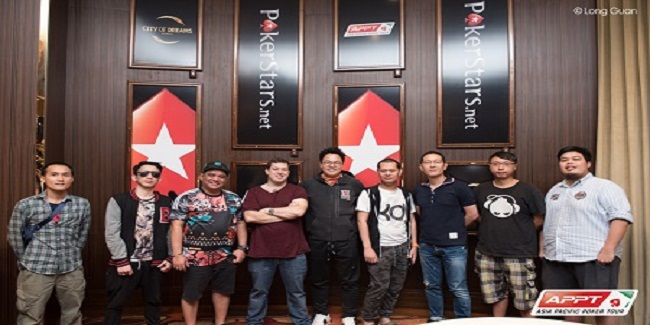 The Final Table is set for APPT Manila season #10. Total 39 players were participating on the final day of the game, out of which just nine were able to play for championship title on tomorrow.

A pro poker player named Jessie Leonardez was the chip leader with total 4,595,000 chip counts. The Day 3 of the game started with many possible winners. Alex lee and Seongsu Kong were two players having same counts of chips but at the end of the day, it was Kong who ended up knocking Lee out.

Jessie Leonarez was last year’s 3rd place finisher, who currently is leading with chip. Some other player also entered to the main event was Sam Razavi, Mike Takayama, Jessie Leonardez and Joven Huer, who was at sixth place among all players for final table.

Final Nine Players are as follows:-

The final table of the game will start tomorrow 2pm local time and player will chase for prestigious APPT#10 in Manila for a Payday of amount ₱6,135,000.

Californian Mayor Anthony Silva (41) is facing serious allegations of participating in Strip Poker club. UK Police officials arrested him for providing alcohols to minors and being with them at a strip poker club.

Silva was at Silver Lake Camp, when police arrested him. The Lake Camp is for disadvantaged youth where he according to the news, promoted strip poker and served alcohol to minors. Later on the Day he got his bail for $20,000 bail bound.

Media Reports says that the officials are investigating Silva’s 2015 phone and a flight regarding this, when h moved from San Francisco and called others for this naked Poker party in the camp, where at least one player was just 16 years of age.