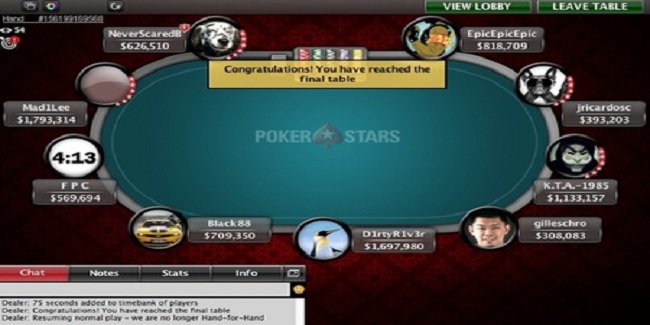 A pro poker player from Canada gilleschro has won the latest edition of Super Tuesday on PokerStars. The event took place on 19th July 2016, which attracted 322 entries from the poker world.

The tournament is one of the most popular poker events at the internet these days which attract thousands of poker players every week.

The winner of the game was decided after 12 hours of game took place at the centre table.

First elimination of the final table took place just after a couple of hands and it was of Brazilian F P C, who took home a cash prize of amount $5,345, being ninth. Just after his removal from the game two more players hit the rail and they were João “jricardosc” Fernandes from Brazil who took home $7,245 and EpicEpicEpic from Nederland’s, who got $10,465.

Meanwhile Third position was for a Canadian poker pro named Ben “NeverScaredB” Wilinofsky, who got $33,810. The heads up round was played among K.T.A.-1985 from Check Republic, who collected $45,885, being the runner up and gilleschro of Canada becomes the champion of the title for $61,791.