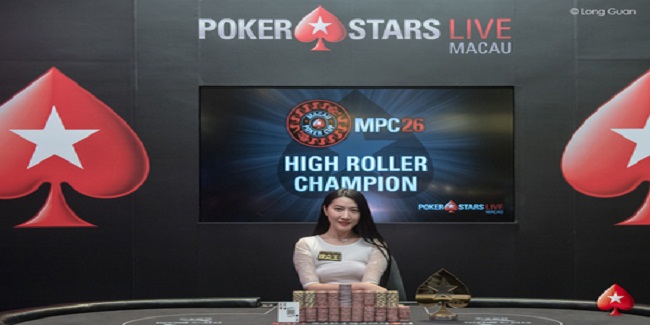 Sixiao Li, a professional poker player from china is the new champion of prestigious MPC26 High Roller. She collected the first prize of amount HK$2,436,000 (~US$313,867) from the tournament and topped a field size of 130 players.

The runner-up of this event was another Chinese named Xuming Qi and she pocketed a sum total of amount HK$1,646,000 (~US$212,079) from the tournament from the heads-up deal.

The final table of top 9 players was as follows:-

The first player who busted from the final table was Chunqing Wang of china who had total 715,000 chip counts. The player busted to ninth place and before that she generated HK$242,000 from the tournament for ninth place.

Just after 10 minutes of play a player from Australia named Matthew Wakeman hit the rail to seventh place. He collected a sum total of amount HK$431,000 from the table for his seventh place.

However Wayne Yap (Singapore), who at first had total 1,600,000 chip counts busted to fifth place. It was unfortunate for him but he had to left the field for rest of the top four players.