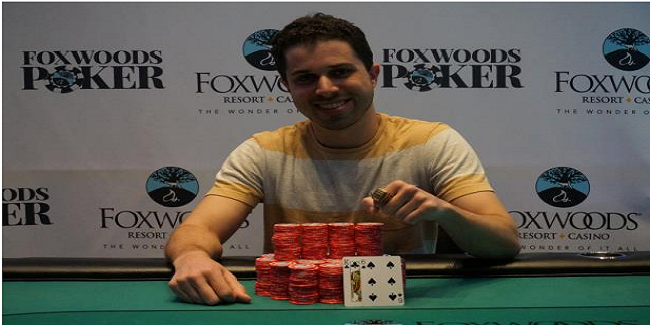 Julian Sacks, a pro poker player from Ridgewood, United States wins the Main event of the world series of poker circuit at Foxwoods casino. Sacks collected the first prize of amount $148,350 and a gold ring, by winning the main event.

Sacks had become closed to the tile in the past (he was the runner up in previous tournament) but never converted it to the championship title, but at this tournament, he played really well and crowned as a winner of the championship. This was the biggest live cash win for the US player.

The tournament attracted 162 players on Day 1A, out of which 30 were survived, whereas another 298 players registered themselves on day 2 and making this a total of 460 entrants. Top 54 places of the event made some amount of money.

Johanssy Joseph and Jeremy Meacham (previous year’s final tablists) were also at the final table with Julian Sacks, but it was Sacks day who created history by winning this prestigious trophy for the first time.

The first player who hit the rail on final day of the game was Vinh Dang of United States, who made $17,250 from the tournament and completed his journey at eighth position.

Long Tran from Newton, USA was the next man who hit the rail for a total winning share of amount $22,080 and was at seventh position.

Sixth, fifth and fourth places were for Sean Carlson from East Hartford ($28,428), Muhammad Abdel-Rahim (fifth for $37,260) and Johanssy Joseph from Spring Valley was at fourth position with total $49,680.

The hands were taking place in between them and then Jeremy Meacham got busted to third place for a total share of amount $66,930.

Meaning Julian Sacks becomes the champion and pocketed most of the money of prize pool i.e. $148,350, whereas Travis Stams finished with second for $91,770.