Michael Schneider has won the casino championship title at Harrah’s Cherokee. This is the 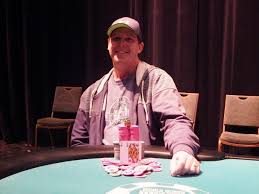 Earlier in the event#2 of the $365 No-Limit Hold’em, Schneider did a very good start but finished runner up and collected a cash prize of $16,151 and earned 37.5 casino points.

The point he got made him through to the final table where at the end of the game he created history and won the third gold ring in his career.

This was the event#12 of the championship and there were 5 players left including the winner Schneider and Izadi the runner up and competitor.

This particular title win will give Schneider a great chance to play to the Global Casino Championship which would have minimum $1 Million cash and a gold bracelet.

Michael Schneider has been through total 45 cashes and made $230,230 from all those cash outs. Total World Series of poker earning for him is $46,550 (including the two previous gold ring and cash prizes). Basically he is a casino player and has done very well at casino championship titles.

The last 5 Cashes of Schneider are as follows:-