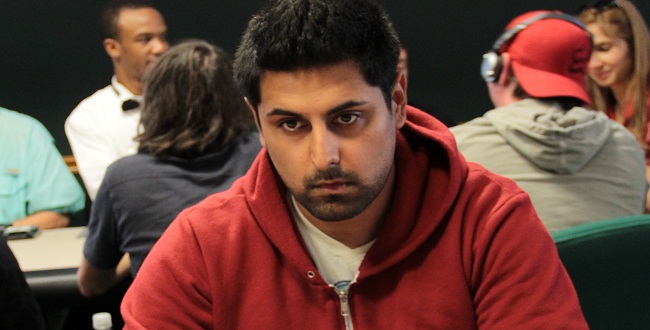 Mukul Pahuja is the new champion of Palm Beach Kennel Main event and collected $193,095 as first prize. He defeated another poker pro Adam Levy who got his share of an amount $119,434 as runner up.

Total nine players were playing at the final table of the main event and were eying to win the championship but Pahuja tops the field size after 7 levels of play and collected the first prize and a trophy. Pahuja also got a seat to play in the Global Casino Championship.

Pahuja was very happy after winning title of the championship and said “It feels good” and I’m enjoying this great win.

The first elimination from the final table was of Juan Mendoza, playing against Dalton Mills. Mendoza finished at ninth place with an amount take home $17,912.Daniel Weinman was the next player who got busted against Adam Levy (runner up) and made $22,546.

The next casualty from the final table was in less than an hour of a player named Tristan Wade; he collected the winning share of $28,762.

The heads up round played in between Pahuja and levy, where pahuja holding 9.8 Million chips and levy having 2.8 Million of chips along with him.

Some of the major wins for him:-