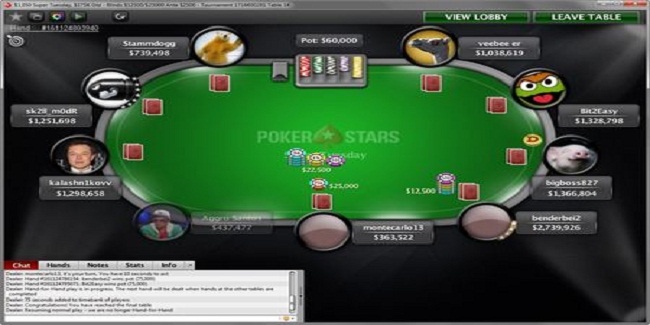 German poker pro Oliver “sk2ll_m0dR” Wies bags his Second Super Tuesday event on 11/8/16 at PokerStars. The played collected a good total of amount $76,245 as first prize. The tournament received 425 entries and generated $425,000 as total prize pool, which was distributed among final 62 places.

The $1,050 buy in No Limit Hold’em is one of the most popular poker tournaments at internet, which attracted hundreds of players every month.benderbei2, a player from Belarus became the runner up of this championship for $55,887.

This was Wies’s second Super Tuesday title win; his first was in January 2017.Final table of the game took place after Suntankid1 eliminated to tenth place.

The final table was:-

First elimination was of Poland’s Govert “montecarlo13” Metaal, who got out from the race and collected $6,353 as total winning share for his ninth place.

Canadian Keven “Stammdogg” Stammen leaves the field for rest of the players for $8,668 and was booked at eighth place.

A pro poker player from United Kingdom Luke “Bit2Easy” Reeves becomes the new man who hit the rail for $11,825 and completed his journey being at seventh place.

Just after his removal two players eliminated back to back and they were veebee er from Belgium who took home $16,133.29 (sixth place) and Scott “Aggro Santos” Margereson of Mexico who made $22,010.07 from the tournament and was at fifth place.