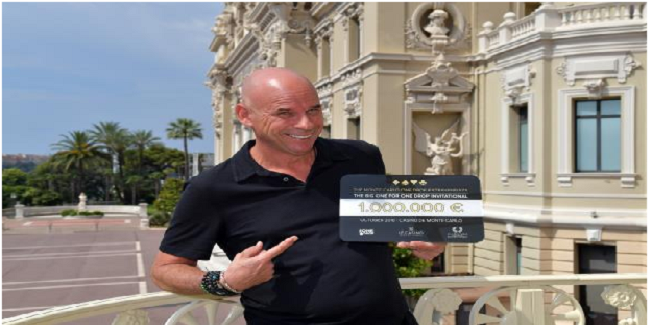 One Drop, one of the largest organizations of the world, which access to safe drinking water, along with the Caesars Interactive Entertainment and Monte-Carlo Société des Bains de Mer announced that they will host this year’s poker championship from October 13 to October 17 and the tournament will take place at the Casino de Monte-Carlo, Monaco.

Top 35 poker players from around the world have confirmed their play for the tournament, which will take place from October 13. The Big One for on drop event of this tournament will be the largest buy in event of €1,000,000, out of which €111,111 from each entry will go to one drop organization, whereas €888,889 from each entry will be added to the prize pool of the event.

It simply means that till now these 35 players will generate a very whooping amount of €31,111,115 as prize pool, which becomes bigger and better when the final field is set and re entries will take place.

Hence the winner of this one drop event will take home a beautiful trophy, a ceremonial bracelet and hugh amount of money as winning prize.

Guy Laliberté, the founder of the One Drop said that, players can play seven other tournament and cash games including a one million euro cash game for charity in one week and stated that The Monte Carlo One Drop Extravaganza is approaching all 35 recreational players, who have confirmed their play.