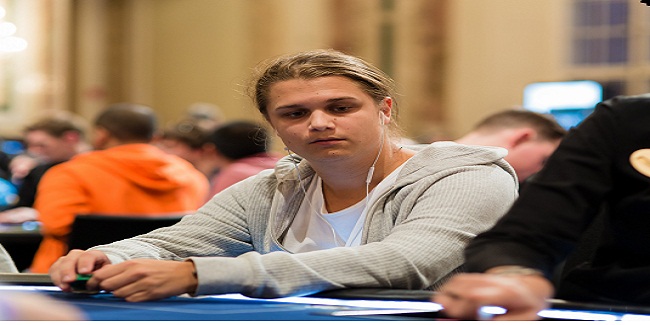 Lena900 of Sweden gets back first place in worldwide online poker ranking. The player was at number #2 last week, when Uruguay’s Fabrizio ‘SixthSenSe19’ Gonzalez was at #1st place.

Now Fabrizio ‘SixthSenSe19’ Gonzalez is at second place, while Lena900 is at first place. It seems like both of the players have a top fight among them week after week. They both are playing good at tournaments and making their way towards first place.

No change in third place because C Darwin2 of Sweden is right at his place, where he was a week before with totals 8,210.24 points.

The fourth and fifth places of online poker ranking as on 9th February 2017 are for players from Bulgaria and Hungary and they are Alex ‘alexd2’ Dimitrov with total 7,681.09 points and Andras ‘probirs’ Nemeth with total 7,365.28 points.

Nemeth was at fifth place last week and it means he has gained one position in his ranking.

Another Swedish poker professional Andreas ‘r4ndomr4gs’ Berggren is at sixth position for total scoring point 7,076.90. he was at seventh place last week.

Pappadoggof Czech republic is at seventh place with total 7,050.64 points. He was at eighth position last week and hence he is also one place up in his current ranking.

Meanwhile eighth, ninth and tenth spots of online poker ranking is for players known as Anton ‘AnteSvante’ Wigg of Sweden, Nicolas ‘PokerKaiser’ Fierro of Chile and inhoo of Sweden and they have 6,807.89, 6,719.80 and 6,648.82 as their total scoring points.

One big achievement is for Sweden’s inhoo, who was at #15th place last week, but it at #10the position in current week due to his good play.

Out of top 10 pro players 5 are from one country i.e. Sweden. This country has produced thousands of professional poker players in world market.