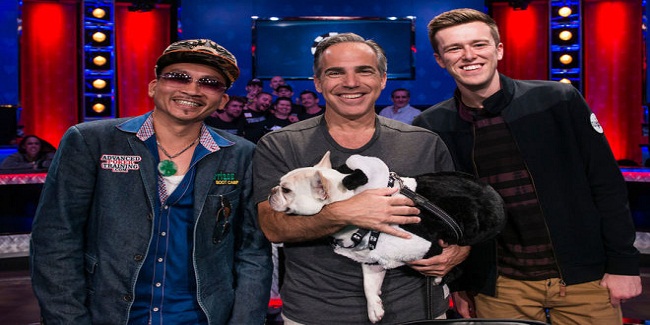 Day 2 of the world series of poker Main event final table started with five players remaining in the play. The five player who started playing on Day 2 were Qui Nguyen of united States, Cliff Josephy of united States and Gordon Vayo another pro poke player from united states, Vojtěch Růžička and Michael Ruane.

The first player who got busted from the final table on Day 2 was Vojtěch Růžička. He was out of the game by Nguyen’s aggressive play. Ruane was looking good at the table once but couldn’t last long against Nguyen’s raise from the button.

He earned $1,935,288 for his 5th place finish after many great hands and blinds which taken place at the final table.

With Růžička out, there were four players remained in the game and they were all eyeing for the championship title. They played aggressively well and didn’t even take a break until another player hit the rail named Michael Ruane.

Though Ruane was not far behind than opponents and was just behind 25 big blinds to Cliff Josephy, but he never got things in his favor and the result was he busted to fourth place for $2,576,003.

After Ruane’s elimination, no casualty took place and all three remaining players survived for the final day of the game. The final day will decide the champion of this prestigious poker festival.