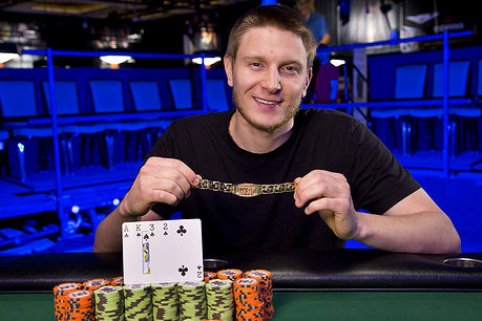 Sam Soverel, a pro poker player from West Palm Beach, United States has won the event#19 i.e. Pot Limit Omaha of World Series of poker 2016. The tournament attracted 1,106 players from across the country and generated a cash prize pool of amount $995,400, top 166 entrants of the event paid off. It was a $1,000 Buy In Pot Limit Omaha tournament to which Soverel, the professional poker player defeated thousands of players and collected the title of the championship.

Kirby Lowery of Houston was the runner up of the event and collected a winning share of amount $114,486. The 25 year old guy has been through 1 final table and 3 WSOP cashes till date. He got his first ever gold bracelet at WSOP 2016. Total earning for the player playing at different World Series of poker is exceeds to $297,983. He was very pleased and said that I will try my level best to make as much money as possible in this tournament.

Top nine final table players of the tournament are as follows:-

Kirby Lowery of Houston was the runner up of the event and collected $114,486 as total winning share.

Another pro from Encinitas i.e. Garrett Garvin was the third place holder of the game and added an amount of $81,080 in his main account.

Zachary Hench hit the rail to fourth position and got a winning share of amount $58,164, whereas Bruno Borges of San Jose was at fifth place with total $42,270. This was his second final table appearance after $1,500 buy in NLHE last year.

Sixth, seventh and eighth places gone to Jeffrey Landherr, who made $31,126, Jared Keppel, from Minneapolis, made $23,228 and Henri Ojala, from Helsinki collected $17,570 being eighth position holder.

Meanwhile Juuso Leppanen was the first player who hit the rail to ninth place and was able to take home $13,474.