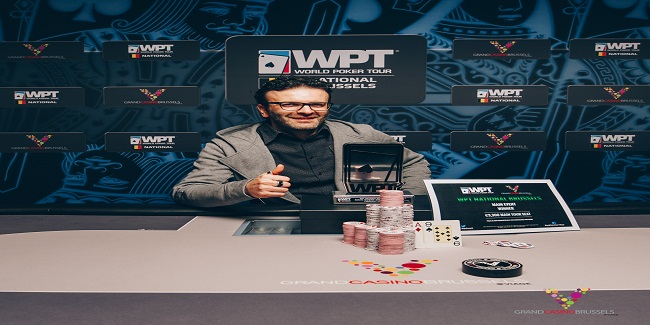 Sergio Castelluccio, an Italian professional poker player has won the prestigious world poker tour Brussels. He collected an amount of €105,000 being winner of the tournament.

WPT national Brussels of buy-in €1,200 attracted 489 players including some of top European poker players, but it was Italian Castelluccio did the job and pocketed the first prize as well as title of the championship.

Sergio Castelluccio has now over $2 Million in live tournament earnings, and this was one of his largest wins in recent months.

The runner-up of the event was Greece’s Dimitrios Kalaroutis, who pocketed €73,515 from the title being second.

The first player busted from the table was a player named as Matthew Roberts, who moved out at ninth place and collected €10,500 from the table.