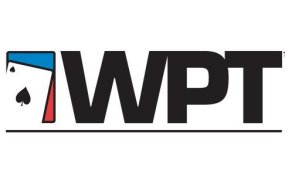 2016. The entire tournament will be hosted at different locations of the world. This is the second half poker tournament represented by the great would poker tour and for the season XIV. The first main event will be played at Manila from Jan 4 to Jan 8 of the year 2016 in manila at solaire Resort & Casino, one of the top destinations for poker players and the last poker tournament known as Champion of champions will be played from April 21 to 23rd.

The Jan 4 to Jan 8 Poker main event for the tournament WPT National Philippines will be hosted at solaire Resort & Casino in Manila to which the buy in will be $1500+$150, whereas the season XIV last poker tournament known as Champion of Champions will be hosted from April 21st to April 23rd at Seminole Hard Rock Hotel and Casino in Hollywood (Florida, USA) to which the buy in would be $15,000+$400.

The WPT Co founder and a poker hall of famer Mr. Mike Sexton have said that the entire tournament is going to be hugh and we are very delighted and excited to announce the date of the next year poker festivals.

Total 16 main events would be played and hosted by world poker tour starting from January 4 to 8 and will conclude on April 21 to April 23rd.

The total 16 poker festivals of WPT are scheduled as follows.

If you are a poker lover of looking to know what changes are going through to the world poker, you should keep coming here at legal poker sites US to know each and everything regarding you want. We are the industry leaders and love to provide latest updates about poker or online poker.