A legendry pro poker player from the United States of America, Phil Ivey is dropped a valuable $417,602 playing at 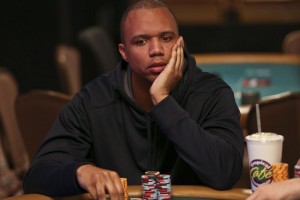 pokerstars since last week with his online name as “RaiseOnce” . According to HighStakesDB, the player has logged in and played out 6,100 hands during the week. Phil is a ten time WSOP bracelet champion but currently not doing well at online poker sites.

Some of the big losers at online poker are here as follows:-

Some of the biggest winners of this week in 2015 are as follows:-

The largest hand played at online poker this week was for $200-$400 pot- limit-Omaha and the pot was of $158,000. The hand took place in between Ivey and the players screen name BERRI SWEET.

A brief Description about Phil Ivey:-

Phil, a pro poker player from Absecon, NJ, United States is a 10 time World Series of poker tournament Bracelet winner. The best live cash for Ivey is $3,582,753, whereas total live earning for Ivey playing at various world level tournaments is more than $23,199,534.

You can also do well at real money poker sites if you know how to play poker online. This is very easy to start with and in this regards we are the one who can help you to know best of the poker strategy and top rated hands. Just check out sites to know more and you will see the difference. We have some of the best brands listed here for our players and giving out top welcome bonuses of our players.