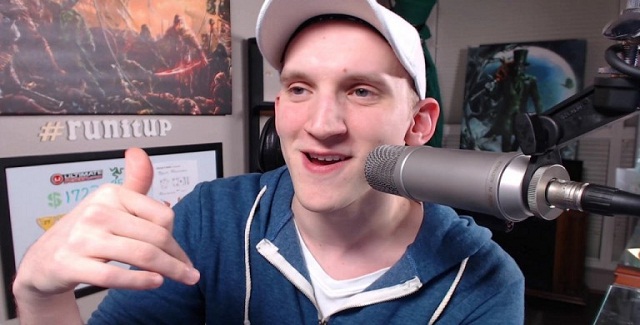 Jason Somerville is keeping the pace at twitch.tv. His poker live stream link i.e. “Run it UP” received more than 10 Million viewership, which seems to be a great news for sure. Somerville is a top personality in poker and with more than $3,894,619 of career earning playing at different poker festivals which included World Series of poker bracelet, European poker tour titles, and world poker tour cashes, he has always been a great player.

The player loves to promote poker and doing the same with the help of his live streaming link “Run it UP” at twitch.tv.

Somerville and tony Dunst have contributed in their own ways to promote poker in the world and that is why they are called as the leader among poker players and viewers.

10 Million Viewership is simply awesome, because with lots of video game links also available at the same platform (twitch), it is Somerville’s “Run It UP” which got that kind of hugh attention from viewers from all across the world which contains youngsters as well as old ones.

Jason Somerville name at Twitch is jcarverpoker, which now has lots and lots of followers. Some of the major poker event to which Somerville, participated as a streamer were Aussie Million, WCOOP tournaments at PokerStars and many other.

Somerville as a Player:-