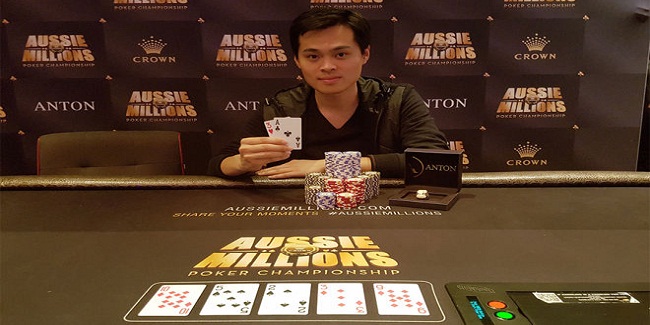 The event attracted 133 players from around the world including top players like Chance Kornuth, Dan Shak, Jason Pritchard and Sam Higgs, Nick Petrangelo and John Juanda, but only 25 players were able to come back on final day of the game. Top 14 places of the match were able to collect some money.

Most of top seeded players got eliminated from the game in early play. The final table of six players included players such as John Juanda, Antoine Saout, Brandon Adams James Chen, Ryan D’Angelo and Nick Petrangelo.

The runner-up of the game was a pro poker player from United States named Brandon Adams, who pocketed an amount of $444,067.

Last year the same event of the tournament attracted 122 players from across the world and generated an amount of $2.928 Million as total prize pool. Then the winner was an American named Steve O’Dwyer, who pocketed AUD $790,560.

The first elimination took place at final table was of a pro poker player from United States named Nick Petrangelo. He pocketed a sum of AUD$143,640   $108,012 from the game for his sixth place.