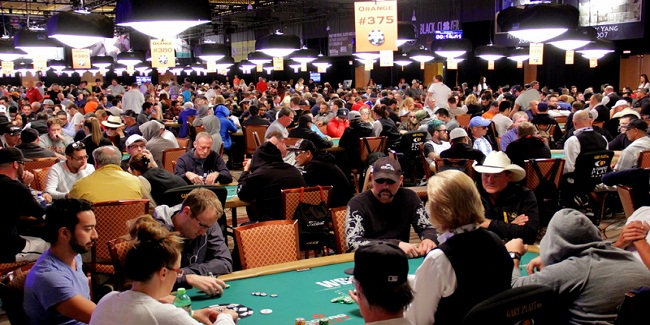 It would be a 54 days long tournament, which would attract thousands of poker lovers from across the world for different poker events.

Estimates say that, this year’s tournament will attract more visitors than any other year’s record and it is ready to set the record. The total prize pool for this tournament would be around $200 Million, which is a whooping one for participants.

Lovers of this tournament are already started to reach Las Vegas as they want to keep themselves busy while playing at this particular top poker festival.

There would a total number of 74 events will be hosted at this tournament, while the main event of tournament will start from July 22 at the same Rio All-Suite Hotel and Casino.

The buy-in of this tournament ranges from $333 to $111,111. A spokesman of the world series of poker festival Seth Palansky said that the tournament attracted a record number of players last year i.e. 107,833 players and numbers are likely to go up for this year’s tournament because we are very optimistic.

The first event of the series was $565 buy-in No Limit Hold’em event for casino employees, which is a sort of warm u match for organizers.

Meanwhile event#2 of this series would be $10,000 buy-in Tag Team No limit Hold’em championship, which would take place on Wednesday at 3:00pm local time and that would be a 3 daylong event.