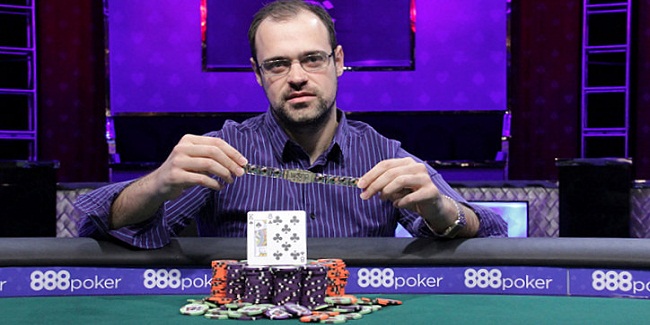 A 30 year old professional poke player from Chicago Mr. Alexander Ziskin has won the event#29 of the world series of poker 2016 and collected the first prize of amount $401,494. This was a $1,500 buy in No Limit Hold’em event, which received 1,796 entries and generated a top pool prize of amount $2,424,600. Top 270 places of the tournament collected some amount of winning prize.

Jens Graeme of Germany and an air traffic controller was the runner up of the event, who took home a very cool prize of amount $248,067. As mentioned earlier the tournament attracted a hugh number of participants and generated a great prize pool. The winner from Chicago was very happy and loves to play poker in a routine. Till date he has been through to 1 final table of WSOP and has collected 11 cashes at WSOP.

Total earning for the player, playing at different series is now exceeds to $468,643. The game took place at Rio, in Las Vegas for four days and three nights and concluded on ESPN’s Main stage. The heads up round was a bit tough for the player, because the German player was having good number of chip count and looking in a great form, but ultimately it was Ziskin, who got the title of the championship and the first prize. The final table was having some of the best poker players in the world such as Marino Mura and Davis Juenemann.

Here are the final Nine players of the event#29:-

First, second and third places belongs to players named as Alexander Ziskin from Chicago, collects $401,494, Jens Grieme of Germany who collects $248,067 and Kam Low from Richmond Hill, ON (Canada), who collected $179,187.