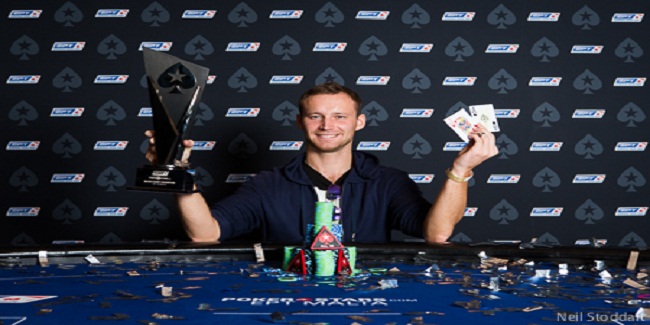 Aliaksei Boika, a 28-year-old professional poker player from Belarus has won the Maine event of European poker tour season#13 Malta and earned €355,700 from the tournament.

Swedish Mats Karlsson becomes the runner up in the event and c made €261,730 from the tournament., while third position of this prestigious poker tournament belongs to a professional poker from Russia Dmitry Yurasov(a Pokerstars qualifier) who took home a good total of amount €192,650.

Boika was playing impressively well throughout the tournament and never lost his momentum over his opponents. He was a happy customer at the end and said “it feels great and I don’t have words to explain”, it just feels amazing and exciting, he said.

The final table of top six players included some of well known players such as Tomas Macnamara, Dmitry Yurasov and Peter Ockenden.

The first man who hit the rail was a pro poker player from United Kingdom named Tomas Macnamara. He took home €76,790 from the game. Just after his elimination another poker player from the UK named Peter Ockenden got busted to fifth place for a total winning share of amount €104,340.

Elie Saad of Lebanon eliminated to fourth position for €141,780, while Dmitry Yurasov, the Russian pokerstars qualifier hit the rail to third place for €192,650.

It means the heads up pp of the event took place in between Mats Karlsson and Aliaksei Boika. Yes it did. When the game began on final day of the main event it was Karlsson, who leading the chip counts but he somehow couldn’t be able to control things in his favor and at last he becomes the second position holder in the game rather being one.