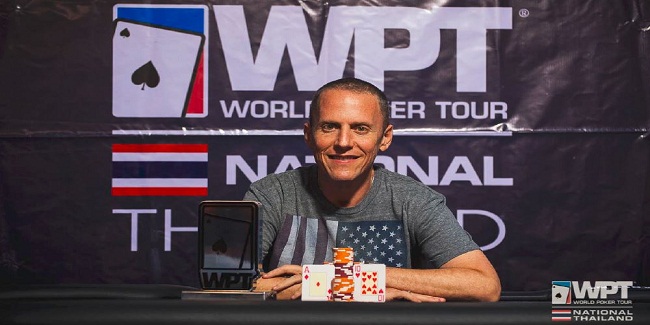 Runner up of the event was a Frenchman Vincent Chauve, who pocketed an amount of THB 427,900 (approx. $11,875) from the tournament and concluded his journey being second.

This world poker tour National Thailand Main event took place at one of best places of thaild and known as Holiday Palace Casino & Resort. The tournament attracted 57 players and generated a good total for prize pool.

Jerry Chee Hoong Lai, a native of Thailand was able to collect an amount of THB 223,300 or approximately $6,200 USD for his fourth position in the game.