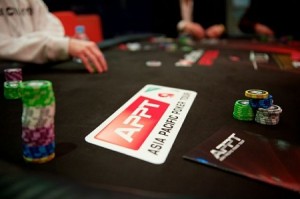 festival schedule for the year 2016. The schedule is for season number 10 which is going too held in cities like Macau (Hong Kong), Melbourne (Australia), Seoul (South Korea) and manila (Philippines). The pokerstars and collaborated partners will invite champions of Aussie Millions, Macau Millions and Manila Megastack.

The president of Asia Pacific Poker tour Mr. Danny McDonagh said to the reporters that this is going to be a great seaon#10 and we are very thrilled to announce the next season poker schedule. This will add value to pro poker players. The APPT is a very well known name in terms of hosting world class poker tournaments and it is doing really good since its launching back in the year 2007. APPT is a big success; it has awarded more than USD$61 millions of cash prizes to the players/participants to the events hosted by them since the beginning.

The 12 month long season#10 of the APPT will kick started at January 8, 2016 and will see an end in the week November 29th to December 4th of 2016. The event will start on 8th of January from Macau Millions. It will be held at ‘PokerStars LIVE Macau’ poker room. The main event of this particular tournament will see a great and guaranteed cash pool prize of HKD$3,000,000. The main event buy in would be HKD$3,000 only.

The tour will also be held at cities such Melbourne (a world class and beautiful city of great Australia), Manila and Seoul. So if you are a player looking to join the tour then you’re most welcome. Get ready for the action and to make some real money while playing poker at APPT on different venues.

Here is the detail of the date/event and Venue for APPT season#10 poker schedule:-