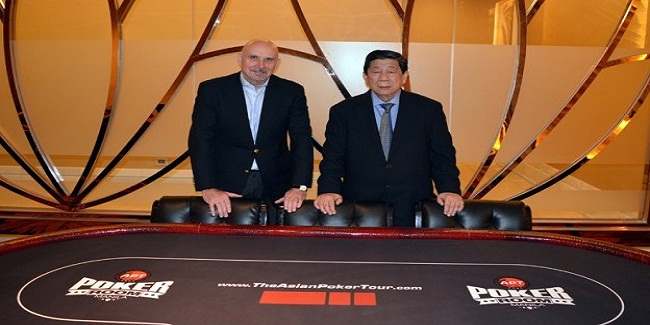 APT Poker Room Manila had a soft launched at Winford Hotel and Casino. The launch took place on Friday. The poker room will be at the second floor of the casino. There would be four APT custom Poker Tables for players.

Launching the poker tables at the casino, the operation manager of APT Poker Room Mr. Raymund Gamier said that “my initial plan is to provide better poker environment for local players”. I want to create a poker table, where local feel comfortable, he said.

According to his statement in press release, currently the poker room will focus on cash games and on building new market for locals. He said that “we are the only poker room in this area and we are looking forward to make this place a great one for players and visitors.

The Asia pacific tournament was launched back in 2008 and is led by chief executive officer Jaff Mann. The APT has staged plenty of major events and many smaller number of tournaments in Manila as well as in Asia-pacific region.

Mr Gamier further stated that the ATP Poker Room Manila will hold several poker tournaments during the year. We will host plenty of poker tournaments on weekends. We are also open to providing extra space and tables for any tournament that we may have, he added.

According to Alfonso Reyno, the chairman and CEO of Winford Hotel and Casino, the APT Poker Room Manila will create a huge playing ambiance on local market. He said we will cater places like Quezon City, Caloocan, Valenzuela, Malabon, Mecauayan, and Navotas”.

He further said that we chose APT because we always wanted to be a partner of a world class poker club and it is one of the leading poker clubs not only in the country but in the world.