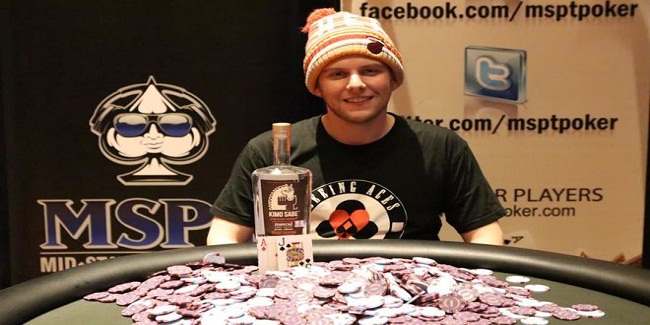 This is the second title for Engel in a month. Last month he won a poker event in at PokerStars Championship Panama.

Engel has won eighth World Series of poker gold ring. He is the former HPT champion as well. He also claimed 2016 Aussie Million championship. He is doing great since a couple of years.

Carlos Monteiro of Minneapolis, MN becomes the runner up of the event for a winning total of amount $69,405. While third position of this match belongs to a pro poker player named Keith Heine, who pocketed a sum total of amount $45,232 from the tournament.

This previous Mid-States Poker Tour Potawatomi tournament attracted 495 entries and generated a huge amount of money as total prize pool. Top 45 positions of the match were paid out.

Some notable players like Nadya Magnus, Aaron Johnson, Kenny Nguyen, Carter Myers and Jeremy Dresch took home some amount of money, because they were in top 45 but they couldn’t qualify for the final table of this match.

2016 MSPT Player of the Year Rich Alsup was among top 10 players, who participated at the final table of this gamee, but he busted to 10th place.

First player busted from the final table was Rich Alsup. He pocketed $8,137 from the tournament. Patrick McCullough completed his journey being ninth position holder for a total winning share of amount $10,722.

Eighth, seventh and sixth positions of the match goes to players from Arlington, West Bend and Vernon Hills and players were Dan Crawford, Brad Jansen and Alex Ziskin and they pocketed $12,684, $15,317 and $18,428.

Meanwhile fifth and fourth positions were for Jim Juvancic and George Dietz and they pocketed $23,933 and $31,352.