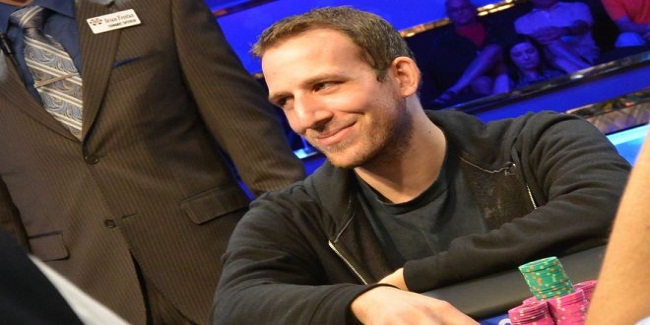 A pro poker player from Southampton, Benny Glaser is the new winner of the event#32 of the prestigious world series of poker 2016.he wins the title of the championship and collected an amount of $407,194, as first prize along with the gold bracelet. The event was $10K buy in Omaha High Low split championship, which received 163 entries and generated a cash prize pool of amount $1,532,200.

Top 25 places of the game were paid out. The runner up of the event was a professional poker player from Chicago named Doug “Skippy” Lorgeree , who collected $251,194 as winning total. This was the sixth cash for the player playing at WSOP tournaments, out of which fourth final table appearances and first gold bracelet ever. Life time earnings for the player is now exceeds to $860,874.

The 27 year old guy has done really well in the past and being able to win hundreds of thousands of dollars as prize. Glaser was very happy and said that this final table was streamed and watched live, whereas the other one wasn’t, makes it feels amazing.

The event was a crucial one and was most awaited in the list of World Series of poker events. That’s why the event attracted some of the best poker players of the world in its final table such as Jason Mercier, who finished to eighth position and Todd Brunson from Vegas, who completed his journey to seventh position.

As mentioned earlier, this was the sixth cash win for the Glaser, who has been through four final tables till date and this shows the talent of this young player from Southampton.

First, second and third positions belongs to players named as Benny Glaser of UK got off with $407,194, Doug “Skippy” Lorgeree from Buffalo, who got $251,194 as winning prize and Matt Glantz from the Philadelphia, who took home $175,754( all time money exceeds to $2.7 Million).

Fourth, fifth and sixth positions of the event were for Grzegorz Trelski, from Middletown, who collects $125,125, Robert Campbell got eliminated to fifth for $102,120, whereas a Swedish poker pro Per Hildebrand collected $75,164, being sixth position holder.

Seventh, eighths and ninth positions were for Todd Brunson, from Las Vegas. He took home $56,073, Jason Mercier collected $42,405, being eighth and a Brazilian Felipe Ramos was at the ninth place for $32,514.