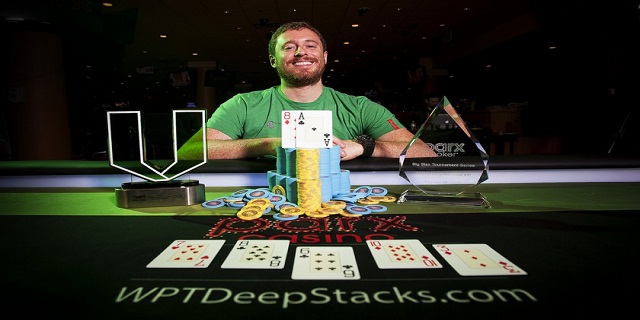 Brent Roberts of New York, United States has won the world poker tour Deep Stacks poker championship and earned $202,944 as first prize. He defeated Michael Hollenberg, who took home $130,754 as a runner up of the event. The WPTDeepStacks attracted 696 players at Parx Poker room with largest buy in.

It is one of the most popular poker event in the country which attracts many top poker pros including World Series of poker Bracelet winners and circuit ring winners. On day 2 of the game it got many more entrants, but Roberts stole the show b winning this prestigious tournament for his own with an amount $202,944.

Some of the best poker players from the United States were participating to this tournament and were looking to win the title along with the handsome amount that Roberts won at the end.

Here is the result:-

Roberts has done well till date before winning this prestigious world poker tour title. He was at third position holder at WPT Bicycle casino back in august for an amount took home $251,000.

He was very happy by winning one of the best poker tournaments hosted by world poker tour and associates.