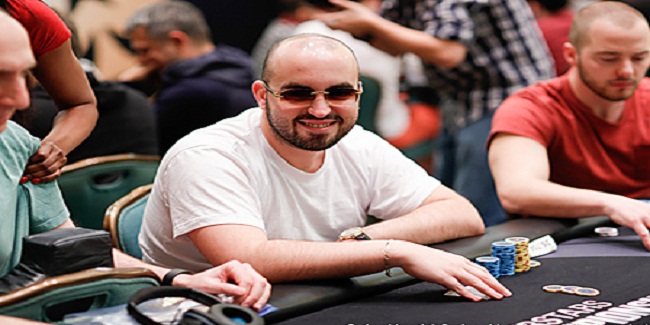 Bryn Kenney of United States takes down $50,000 High Roller of PokerStars Bahamas and pocketed a huge $969,075 for that.Italian Mustapha Kanit becomes second and pocketed $695,740 from this particular High Roller.

The Championship took place on January 9, 2017 and it attracted 69 entries (including 20 re-entries) from players of around the world including most of the top such as Byron Kaverman, Dan Colman both of United States, Stephen Chidwick of UK who busted to fifth place for $265,040, Spanish Sergi Reixach and Cary Katz of United States.

Bahamas is turning out to be a great place for the US poker pro Bryn Kenney. He was the $100K buy-in High Roller champion last year, when he pocketed over $1.687 million as winning total.

He was at the final table of $100K High Roller just a couple of day ago, where he placed at seventh place for over $275K, and here in this $50K tournament he topped the field and defeated Mustapha Kanit in a heads-up round.

Total prize pool for the championship was $3,313,035, which was distributed among top 20 finishers of the game.

First elimination from the final table was of a US Poker pro named Cary Katz, who made $96,080 from the table and booked at Ninth position.

Canadian Daniel Dvoress becomes eighth position holder in the game for a winning total of amount $125,900.