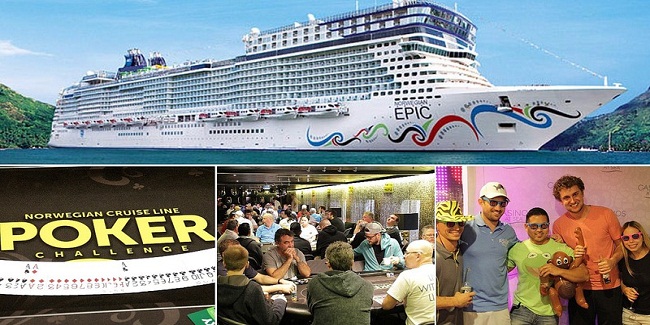 The main event of the tournament was $1,000 buy-in No Limit Hold’em, Which attracted 337 players at the Aboard Cruise Ship and generated total prize pool of amount $337,000 (it easily surpassed $250,000 guarantee).

This particular tournament is growing year-by-year. The first championship took place back in 2014, which received 186 players. The second series of the tournament attracted 215 players from around the world and now in 2016, the third season of the championship received a good 337 players.

Jim Abbas, the Senior Vice President of Casino Operations said after the completion of the game that “this tournament is going bigger and bigger every year” and we are very pleased that players from all Europe and many other countries are participating.

Jimmy Hu was also very happy after winning the match in a great manner. A total 20 poker tables were up set up in this Norwegian ship, which is 1,081-ft long and is very spacious.
Top Nine players according to their chip stacks were:-

Dale Eberle was out because of a great play from Wamsley. Eberle busted to eighth position for a total $11,795.

Jeff Montoya pocketed $13,480 from the ship game and was booked at seventh position, while James Clark moved out to sixth place for a total winning share of amount $16,850.