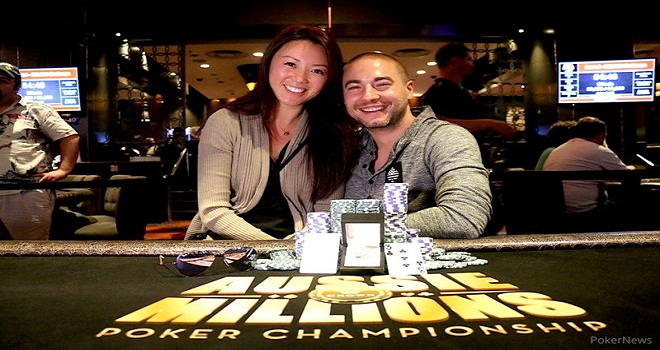 Chance Kornuth of the United States has won the prestigious event of $25 K challenge at Day 2 of the 2016 Aussie Million. The tournament attracted 122 players out of which 100 entrants were unique and rest of the 22 were reentries, which generated a prize pool of AUD$2.98 Millions. Kornuth topped the field and took home the first prize of AUD$790,560. This is the second biggest win for Kornuth after the world series of poker bracelet back in the year 2010.

Chance Kornuth, played out a real good game till the end of Day 2 and created history because at a moment an Irish player Steve O,Dwyer and a Russian Igor Kurganov were playing well and were very close to win this title.

Kornuth is the winner and defeated a professional poker player from Russia Igor Kurganov, who collected AU$ $541,680.

Benny Spindler of Germany finished 8th place and got AU$109,800. Another German pro Dominik Nitsche booked for 9th place and took home an amount of AU$87,840 whereas Eugene Katchalov of Ukraine finished for 10th position and made AU$109,800.