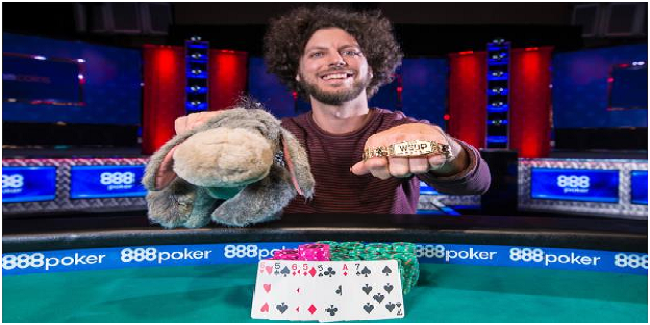 Christopher Vitch, A professional poker player from Arizona, United States has won the event#48 of ongoing World Series of poker 2017. It was a $10,000 buy-in Seven Card Stud Hi-Lo 8 or Better Championship.

This is his second WSOP gold bracelet. His first came back in 2016, when he participated in event#40 or $2,500 Mixed Lowball Triple draw. His total WSOP earnings is now over $913,164. He has played six final tables of World Series of poker in his career and has collected 21 overall cash for all his playing.

Benny Glaser, a pro poker player from Southampton, England, completed his journey at this event at second position and took home a good total of amount $197,838 and this prize makes his total earnings to over $1,083,397.

Abe Mosseri becomes third position holder of the game and pocketed a sum total of amount $138,608 from the tournament. He was looking to win his second WSOP event here in this particular series of 2017, as he already won the event#9 of $10,000 Omaha Hi-Lo 8 or Better Championship.

The event#48 attracted 125 players worldwide and generated $1,175,000 as total prize pool. Top 9 players of the event took home some amount of money.

Some of well known poker players participated at the final table like Jonathan Duhamel, who busted to fifth place for a total winning share of amount $72,876.

Vitch was very happy after this grat win over some top poker pro. As he already told his followers at twitter that “he is hoing that this would be a great day for him” and believe it, it certainly happened.

He said that “things moved in a small way today”, I played a good game throughout the day and it was very easy to chase the cup.

Final Result of the Game:-