Connor Drinan, the US professional pro has won the prestigious event of €10,000 buy in High Roller at European Poker Tour’s season#13 played in Barcelona and pocketed the first prize of amount € 849,200. Drinan played tremendously till the end of the day and topped a field size of 591.

The tournament attracted some of the top professionals of the world including Ari Engel, Davidi Kitai, Joseph Serock, Mike McDonald, Natasha Barbour and Kyle Keranen.

Connor Drinan loves to play and win in Barcelona but this was the first big title for the player since 2014. Drinan’s total live winnings before this tournament was $9 million, however he now adds another big title to his inventory.

Latvian Mihails Morozovs was the runner up of the event and took home a massive € 616,840 from the tournament.

The final table began to play and it was Ilkin Amirov, who got busted on the final day of the game. The Azerbaijanian player made a mistake and busted to ninth position for a total winning share of amount € 95,720.

Pascal Hartmann from Germany was the next man to hit the rail and collected € 124,400, being eighth position holder. Pascal Hartmann was down to 1.3 million and decded to make a kove by having 8♣7♣, but Patrick Leonard had K♦K♣ with him and this means Hartmann had to leave the field for rest of the players.

Just after his removal from the table a UK poker pro named Patrick Leonard got out at seventh position for € 169,700, whereas a US poker pro Joseph Cheong collected € 233,300, being sixth place. 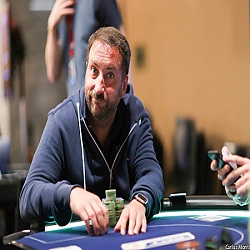 Oleksii Khoroshenin from Ukraine made € 396,700 from the tournament, being fourth.

The three handed game then included players like US Kyle Keranen, Mihails Morozovs and Connor Drinan.

Somehow Kyle Keranen moves out to third position and made a good total of amount € 496,440.

Swedish Olov Jansson couldn’t make through to final table and was out to tenth place for € 78,550.