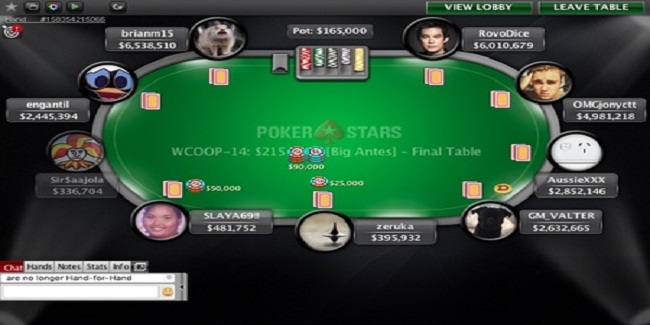 The money was distributed to top 332 finishers of the game. England was a happy guy after winning this generous poker event, by beating all of his opponents.

The final table of the game was set and it was like:-

The first player who hit the rail on Day 2 of the game or from the final table was Nodar “zeruka” Nakaidze from Georgia, who made an amount of $5,598 from the tournament.

Canadian SLAYA69!! Becomes the next man, who got busted to eighth position for $10,829.

Seventh, sixth and fifth posisitions of the match belongs to players from Finland, Australia and Brazil and they were Sir$aajola, collected $10,829.72, AussieXXX received $15,062., while Rafael “GM_VALTER” Moraes made $20,948 from the tournament.

Engantil went to fourth position, because of the Brianm15 hit a set of queens on the flop. He pocketed $29,135.08 from the tournament.