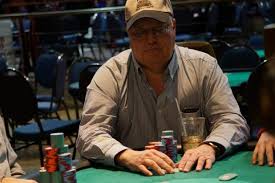 first of cash amount $198,657. The number of entries to this particular main event was 646 of which top 72 place awarded payouts.

This is Kruger’s first ever WSOP circuit ring which gives him an entry to the prestigious WSOP Global Casino Championship as well.

Some of the top poker players and ring winners were participating to the event such as Tommy Vedas( a six time WSOP gold ring winner), Kyle Cartwright(five times),and Jonathan Gaviao but could not be able to win another.

Here are the final table result/Payouts:-

David Kruger wins the title at Horseshoe Tunica with an amount of $198,657.

Matthew Lawrence got third position with an amount of $90,156.

The fourth place awarded to Jeremy Drewery, who took home his share of amount $67,045.

The fifth, sixth and seventh positions were awarded to the players i.e. Ryan Tepen, Chris Trotter and Orlando Romero. They received prizes $50,533, $38,595 and $29,865
respectively.

Ben Thomas was at number eight position of the WSOP Horseshoe Tunica main event and took home his share of amount $23,411, whereas Christian Rodriguez completed at ninth position for an amount $18,585.

The first elimination from the table was of Christian Rodriguez, who secured 9th place and after him Ben Thomas got busted at 8th place. After some time Orlando Romero and Chris Trotter were knocked out from the table and at the end of the day Krueger becomes the champion.