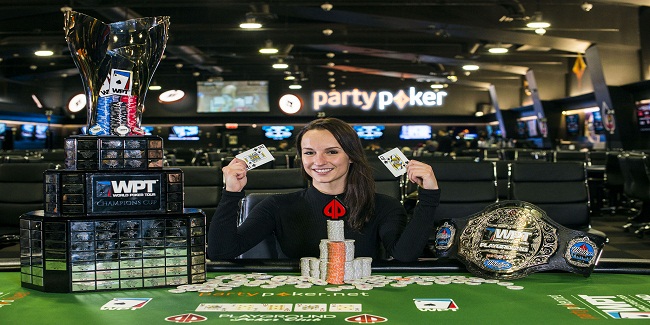 The event was C$3,500 buy-in which attracted 380 entries, but Zajmovic outplayed everyone and topped the huge field size. She took home the first prize of amount C$261,000 from the championship.

The runner-up of the event was Jean-Francois, who pocketed an amount of C$169,270, being second. It was all set for Zajmovic. She was leading the chip on Day 3 of the tournament. She was

She has also got his seat booked automatically for WPT Tournament of Champions, which would take place at Seminole Hard Rock Hotel & Casino Hollywood this April.

She always wanted to win this belt; she said I want a picture of me with this belt. As you know Zajmovic was the chip leader on day 3, it becomes easy for her to go for the title of the championship. She never lost her cool and ultimately took down the match.

After winning this particular WPT Main Tour event she said that I always wanted to win this title, because I wanted to prove that a woman can do it. I am very happy that I have won this title for every woman.

Sexton was also very happy that a woman has done the job now. He praised Zajmovic and said that “this is no easy job”, you need a lot of confidence. “She is a combo of Phil Ivey and Vanessa Selbst,” Sexton said.