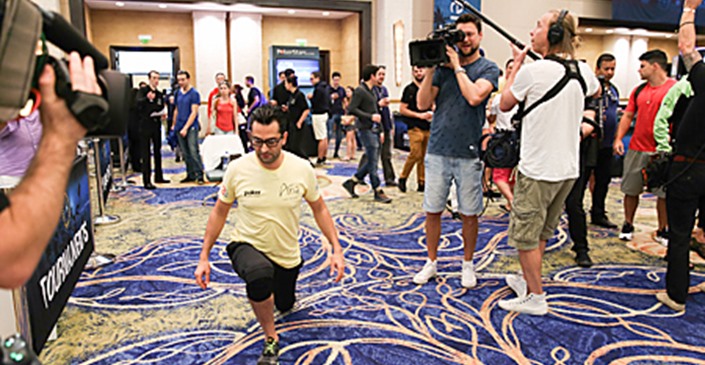 Antonio Esfandiari, a legendry poker player of united states has decided to donate his entire winnings of $50,000 to charity as recompence. Esfandiari, decided to do that because of his disqualification from the 2016 PCA Main Event for his Peeing in a Container underneath the Table. This was a $5,300 buy-in PokerStars Caribbean Adventure main event to which Esfandiari urinated under the table and disqualified.

It was a bet against a millionaire Bill Perkins which decided for Esfandiari to lunge everywhere he went for 48 hours. The $50,000 of charity will be divided in to One Drop foundation and REG.

Antonio Esfandiari, made an apology after doing (Peeing) under the table and condemned his own behavior, not only this but he also decided to donate all his winnings for charity.

Due to the prop-bet my legs were in incredible pain and I was not feeling well that is why I took the action, Esfandiari said.

Esfandiari made a statement after taking this unacceptable action:-

He said that, it is completely unacceptable and cannot be justified and I made an apology to each and everyone out there who may have been affected. It is a lesson learn and I can only learn from my mistakes, that I have done today. I am very embarrassed of the action I took to win the bet, on paper I won, but in life I lost, he added in his statement.

Antonio Esfandiari has 10 career titles and 78 careers cashes to his name till date. With total earning of $26,246,704, he is at the top of the all time money list. He has won 3 gold bracelets at World Series of poker and 2 championships of world poker tour. He has been through one final table of European poker tour and has won more than $283,800 amount of cash playing at various EPT poker tournaments.