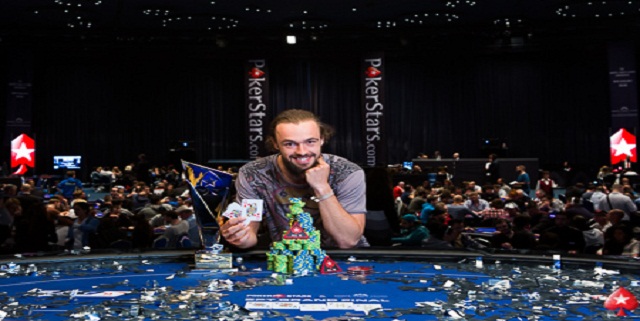 It was almost impossible to defeat the Italian Poker pro Mustapha kanit in a game since last year, but German Ole Schemion did it in a simple way. He just defeated the top pro of Italy at EPT#12 Grand Final Super High Roller to which the buy in was €100,000. Everyone knows that kanit was defeating all his opponents since last year but it was not the right time for him to get rid of Schemion.

The High Roller Event received 61 entries, out of which 46 were new entrants, whereas 15 were re entrants. The event generated a hugh pool prize of amount €5,918,220, distributed to top finishers. The High roller event tok place from april 28 to april 30 at Monte Carlo Casino.

Schemion was indeed very happy, wining against kanit and said that “it’s very sweet to win against Kanit, and he is a very good friend of mine”.

Players like Ali Reza Fatehi of Iran, Paul Newey of United Kingdom, Igor Kurganov of Russia, Stephen Chidwick of United Kingdom and Sam Greenwood of Canada were in the business at the final table. They all were top poker professionals and has done really well in their poker career.

The first one to hit the rail was Ivan Luca of Argentina, who collected €236,750 and finished for eighth position. Then goes Canadian Sam Greenwood for seventh position with total share of amount €301,820.

The heads up round took place in between Mustapha Kanit and Ole Schemion. They both decided to cut the levels to 20 minutes each and after a few hands Ole Schemion sealed the deal for €1, 597, 800, whereas Kanit collected €1,462,000, being a runner up of the event.