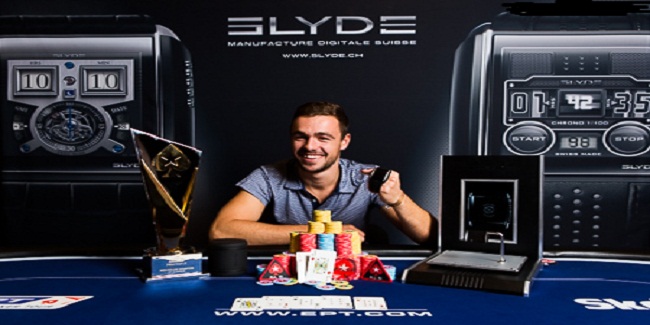 A German professional poker player named Ole “wizowizo” Schemion has won another Super Tuesday event took place on 20the August 2016 and collected the first prize which was $66,060.

The $1,050 buy in No Limit Hold’em attracted 361 players from the world and generated a pool prize of amount $361,000. Top 53 finishers of the game collected some amount of money.

The first Super Tuesday event of “wizowizo” was back in 2012, and since then he never looked back and pocketed at least $11 Million of live cash. He was the player of the year for EPT#10 as well.

The final table of the game according to the players chip counts was as follows:-

The first man to hit the rail was a German pro named engantil, who took home $5,583 and completed his journey to ninth position.

Eighth, seventh and sixth positions of this super Tuesdays belongs to players from Russia, Colombia and Germany.

Another Brazilian named Rafael “GM_VALTER” Moraes went out from the title race and collected $19,205, being fifth player.

Jimmy “jays94” Molloy from Canada made) $26,154 from the tournament and was settled down to fourth position.

Three handed game included kamese from Hungary, who made $35,618 and was booked at tird place.