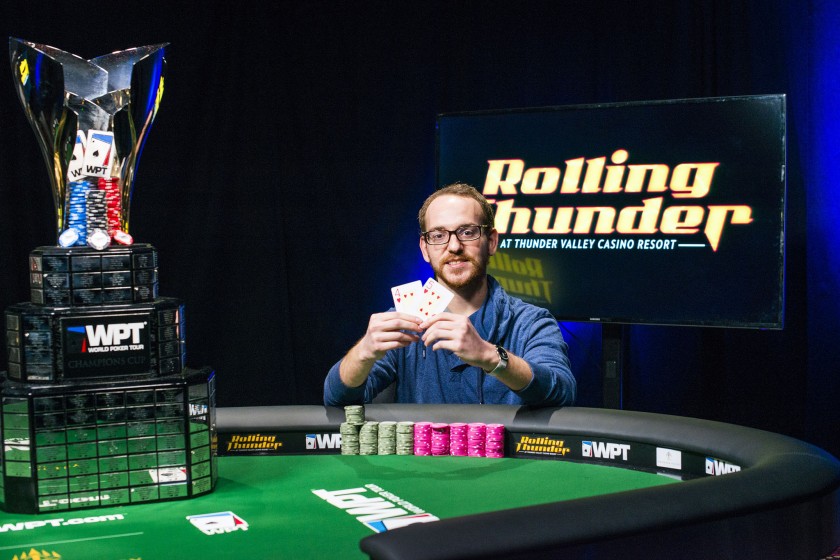 It was Harrison Gimbel, who rocks the Thunder Valley Casino and won the championship title for amount $275,112, by defeating two time world poker tour title owner Mohsin Charania, who was eying to win his third WPT Title at Thunder Valley. The final table took place on its scheduled time and top two remaining players i.e. Charania and Gimbel were left for great clash and they didn’t disappoint at all. It was a tough table for both of the players because they were having almost same number of stacks with them.

Total number of entrants to this prestigious tournament was 409 out of which top six finalists were Derek Wolters, Hafiz Khan, Markus Gonsalves, Russell Garrett, Mohsin Charania and Harrison Gimbel.

The first elimination from the final table was of Derek Wolters, got his winning share of amount $54,970 and secured sixth position. Ten hands later Hafiz Khan hit the rail for fifth position and took home $91,616.

The next elimination from the final table was of Markus Gonsalves ($91,616). Gonsalves booked for fourth position, whereas Russell Garrett was eliminated after almost 100 hands took place in a three handed game. Garrett moved out with total $123,682 and finished his journey at third position.

The heads up round was in Harrison Gimbel and Mohsin Charania and it took almost 96 hands to decide who is leading with stacks. It was 115th hand which decided that Gimbel would be the new champion of this particular tournament. Gimbel made no mistakes till the end of the game and becomes the champion of the game with first prize $275,112 and the runner up charania got $192,132, being a runner up.