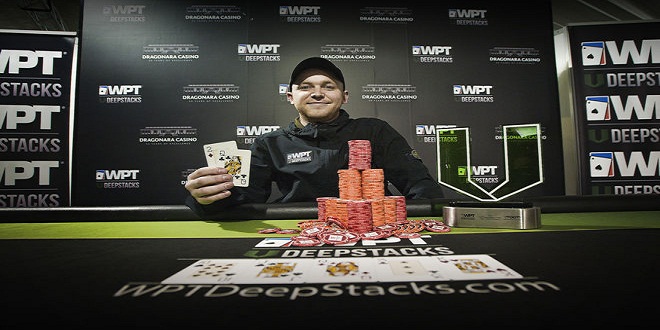 The world poker tour Malta main event goes to Ian Otobo, who won the championship title and took down an amount of €20,300 or ($21,986). He changed his game plan last minute and defeated Roberto Campo, who took home his share an amount €14,220 of prize money.

The championship took place at beautiful Dragonara Casino in Malta and €550 buy in main event attracted 174 players and generated a cash prize pool of $88,999. But at the end of the game Otobo did really well and beat 174 players to receive the first prize of amount $21,986 and the trophy.

Eliminations were a bit slow in the start of the game and it took almost three hours before first elimination. The first elimination was of Timothee Marlin who took the rail for 9th position, just after his elimination another player named Timo Hirvola got busted at 8th place. Marlin (9th) finished with €2,023 and Hirvola(8th) finished for an amount €2,709.

It means the final round or heads up round of the game took place in between Ian Otobo who had 1,450,000 stacks with him and Roberto Campo with 2,950,000 stacks.it was the time to show the card on Otobo calls and the final card are as follows:-

Total career earning for Otobo playing at WPT is $23,551 in 2 cashes. The one is WPTDeepStacks Malts, where he won main event and takes home first prize of $21,986 and the other is WPT national London where he made $1,565. This is what we had from the world poker tour Malta hosted at Dragonara Casino and Hotel.