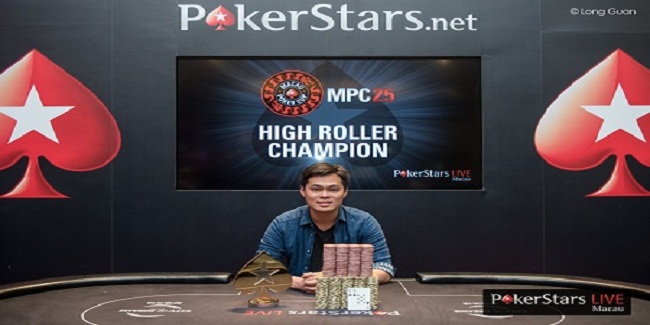 James Chen from Taiwan created history by winning the Macau poker cup high roller for two times. The player collected the first prize of amount HK$2,273,000 and the trophy of the championship title, hosted by PokerStars.

The runner up of the event was a Chinese Xuming Qi, who collected an amount of $1,542,200, being runner up.

Chen played outstandingly well till the end and kept his momentum up, while playing against some of the top poker players in the Asia pacific region.

Andrew Graham from the United States completed at third position for a total $974,000, while Nan Hong of china made $751,000 from the tournament.Another US player Jordan Kaplan was at fifth position and pocketed $548,000 from the game.

A pro poker player from Russia Vladimir Dobrovolskii, has won the prestigious High Roller of Macau Poker cup 2016. The event was HK$100,000 buy in, to which Dobrovolskii played outstandingly well till the end to collect a good total HK$897,500 to his name.

The tournament received 33 entrants from various part of the world but it was the day for Dobrovolskii, who 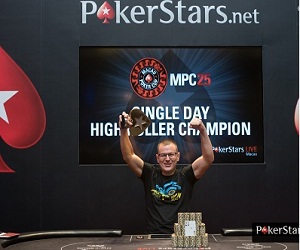 ultimately collected most of the prize money along with the trophy.

In a three handed deal made within Vladimir Dobrovolskii, Jinghui Ying and Chang He, Vladimir Dobrovolskii from Russian won the title for HK$897, 00, Jinghui Ying from china becomes the runner up for HK$750,000, being a runner up in this particular high roller, whereas Chang He, a Chinese poker pro collected HK$810,000 by finishing at third position.

The first player who hit the rail was Ying Yee Cheng from Hong Kong, who received HK$246,000 and was booked at fifth place, and just after his removal from the table Canadian Linh Tran busted to fourth position for a total HK$368,800.