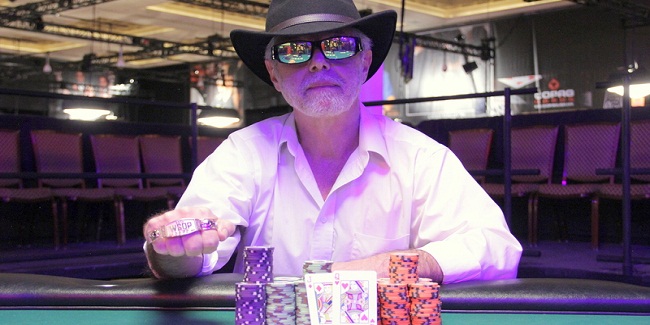 James Moore, A 65 year old guy from Bardwell, United states won the event#31 of the WSOP 2016. This was a $1,000 buy in Super Seniors championship to which Moore, a Physician and radiologist won the title and collected the first prize of amount $230,626. The tournament attracted more than 1000 players and generated a cash prize of amount $1,328,400.

Top 222 places of the super seniors’ championship got paid. This was the first ever gold bracelet for the player and second WSOP cash for him. Total earning for the player till date is however $234,037. Charles Barker from Texas and a 75 year old poker player was the runner up of the event and collected his winning share of amount $142,461.

“It is a great feeling”, this is an unbelievable thrill for me, Moore said after winning the first ever gold bracelet at any world series of poker championship. He also said that I was feeling really good at the table and my chances were looking good on day three of the game. For sure it was a great day and a dream come true for the veteran poker player.

The final table of the game was:-

Meanwhile seventh, eighth and Ninth places of the match goes to Arthur Loring from palm Beach, who went out with $30,159, James Parrot, got an amount $22,902 and Vern Soeldner from Eau Claire, WI who took home $17,604 as winning prize from the tournament. This was the event#31 of the currenet world series of poker (2016), will update you with all the details….