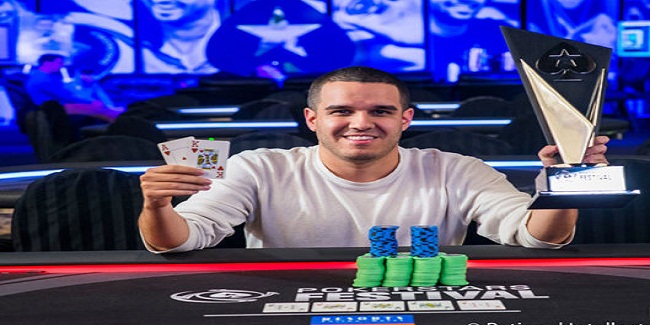 Jason Acosta, a poker player from the United States of America and a Freeroll Qualifier at PokerStars is the first winner of PokerStarsNJ festival and took home $38,220. This was the first poker championship main event of buy in $1,100 hosted by PokerStars in New Jersey, America since 2011.

Acosta was the happiest guy after winning this first poker championship. He said “I have played a lot of online poker tournament in USA in previous years, but never won such amount of money”. It feels great to win a poker championship title when there are a lot of solid players around you, he added.

Acosta had to face another US Poker pro Mike Gagliano in heads up before lifting the trophy and the first prize of the title. Gagliano earned $28,116 from the tournament, being a runner up.

Gagliano is one of the most talented player in America and has won hugh amount of money in his poker career, but he hadn’t won any major title till 2016 and his best winning was at WSOP bracelet this summer, where he received nearly half a million dollars.

The first poker championship attracted 208 players from various parts of the UK and USA. The event was a four day game, but it was decided that the final table of the game will finish a day early, when remaining seven players agreed to play it on third night.

Uk’s Peter Smyth completed his journey just behind one place of final table. He busted to eighth place for $4,455.

The first elimination from the game was Rocco Dicondina, a player from United States who made sure to collect a winning share of amount $6,057 for being at seventh position.

Next man hit the rail was Sridhar Sangannagari, who made $8,234 from the tournament before leaving at for sixth position.

Now all the top four places of the tournament belong to US Players only. Matt Affleck busted to fifth place for $11,193 and after a few more hands David Johnston got bused to fourth place for $15,215.

Eli Kim received an amount of $20,683 and completed his journey at third place. Hence the heads up of th game took place among Acost and Gagliano.