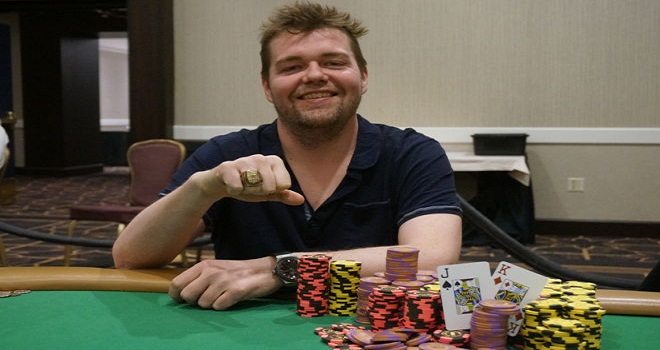 Jason Wheeler, the professional poker player wins World Series of poker circuit at bally casino in Las Vegas and collected the first prize of amount $323,236. The $1,675 Main Event attracted 1,214 entrants, out o which top 135 places were paid. Wheeler played like a champ and won the tournament.

With total 32 lifetime cashes, wheeler has won cash more than $1,119,380, playing at different world series of poker championships. Prior to this particular win, wheeler’s largest cash was at past summer WSOP event#2 of $5000 No Limit old’em, where he finished fifth and got $112,339 as winning share. The player is from Chicago IL, and currently lives in there.

The day 3 of the main event started with top/remained 23 players and the first elimination from the final just after 14 minutes of the game took place. The final table was set and here is some details about the eliminations:-

Jeffrey Kim, the Huntingdon based player finished his journey to fifth place and got $84,768 as total winning share. The fourth position was of New Yorker Anthony Spinella, who got $111,081.

The three handed table included players like Jamie Rosen, Jason wheeler and Lisa Hamilton(2009 Bracelet winner).Rosen was out of the game after couple of hands but secured $147,009.

Whereas the Chicago based player Jason Wheeler wins the championship for $323,236, by defeating Lisa Hamilton, who made $200,310.

Wheeler, was very pleased and in great mood after winning this prestigious poker tournament. He said “It really feels great right now”, I have been playing really well lately and waiting for this victory.