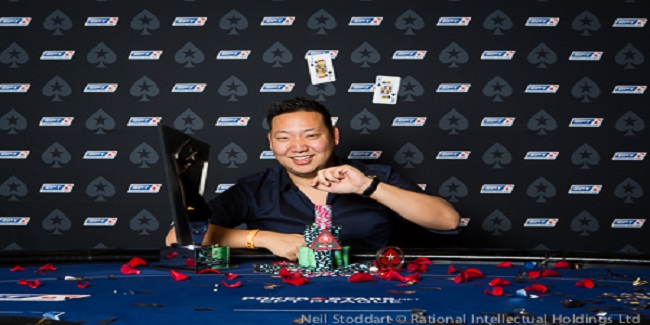 A heads up deal took place among top two remaining players and they decided about their winning shares.

A United States Pro and a PokerStars Player David Peters completed his journey being at third position and got an amount of €397,300. Peters all time earnings is now over $6 million in 2016.

First player who hit the rail from final table of eight players was Kiryl Radzivonau of Belarus, who made €74,850 from the game and got his seat booked to eighth position.

David Lopez, a Spanish Poker Pro and a PokerStars qualifier was the next man to bust. He eliminated to seventh place for a winning total of amount €104,510.

Sam Cohen, another United States player came here to win the championship title after a long time, but he couldn’t got beyond sixth place for a total winning prize of amount €145,900.

Germany’s Marius Gierse was a PokerStars qualifier in the game who eliminated to fifth place and made €203,800 from the main event.

Fourth and third positions of this particular EPT#13 Prague main event belong to players from Russia and United States.

Russian Sergii Petrushevskii was the live satellite winner who got eliminated to fourth position. He earned €284,550 before eliminated.

Meanwhile David Peters of United States who is a PokerStars player as well busted to third place for a total share of amount €397,300.