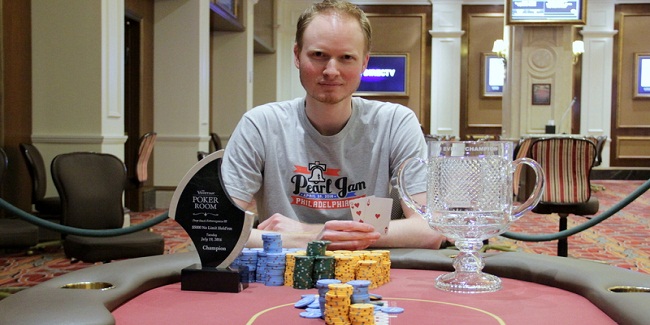 A professional poker player from North Carolina named Jon Turner has won the Main event of the $5,000 buy in Card Player Poker tour played in Venetian. The tour attracted 537 players and generated a total cash pool prize of amount $2,497,050, but it was Turner who took home the championship title.

The winner collected the first prize of amount $536,858 and the championship trophy. Artem Metalidi was the runner up of the game and collected $329,860 as winning prize.

The first elimination from the final table was of a player named Tim Reilly, who collected $47,444 as winning share and got busted to ninth position. Afteer his removal from the board another player named Erick Lindgren moves out for eighth position. He took home $62,426.

Thomas Paul was at fourth place and total amount win for the player was $179,788. Dan Heimiller finishes for third place and got $237,719.

As mentioned earlier Jon Turner is a pro poker player and a native of North Carolina and has won more than $10 Million, playing at different poker tournaments including online and offline poker festivals in and around the world, Out of his lifetime earnings, $2.56 Million is from live earnings, whereas $7.7 Million from online poker games with the name Pearljammer. Real poker Online brings latest poker news to all the poker lovers and players.