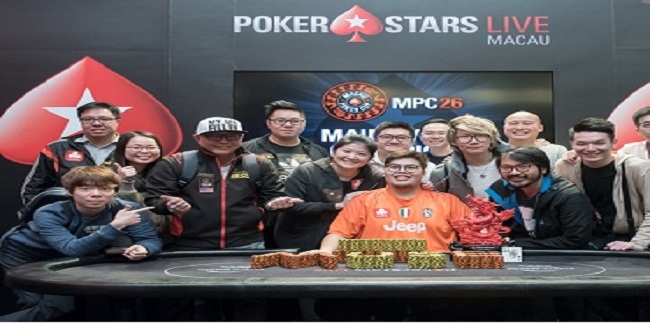 Lau Alan of Hong Kong has won 2017 Macau Poker Cup title for over $3,265,000. Chou Chien Fa of Taiwan becomes runner-up at this event, which was hosted by PokerStars.

The runner-up pocketed $1,954,000 from the tournament, while third position holder was an Indian Goel Apoorva who made $1,163,000 from this prestigious title.

The event attracted 1,218 players including many top the poker players, but it was Alan who did the job for him and collected the trophy. 2015 Asia Player of the Year Alan Lau emerged victorious.

First player bustd from the final table was a Chinese Liu Jun, who made $253,720 from the championship title before getting out from the race to become title owner.

Next man hit the rail was another Chinese named Zhen Chou, who pocketed $300,500 from the championship. He busted to eighth place.

Australian Zhang Bobby was next man to hit the rail. Zhang busted to seventh place for a total winning share of amount $348,000.

Zhang Yang is a PokerStars Player who busted to fourth place. Yang is from China, who made $840,000 from the title before getting out.