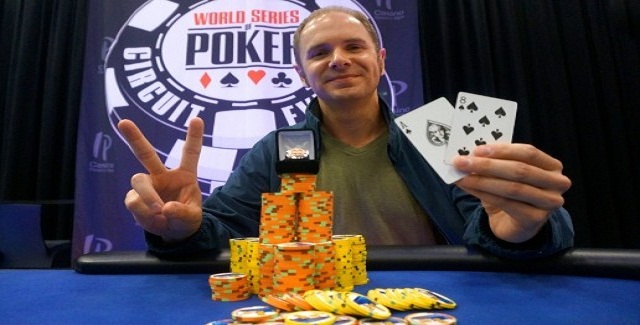 Mark Fink becomes one of the 29th players who have won four circuit rings playing at World Series of poker circuit. He has done it well in time playing at Horseshoe. There were two gold ring awarded to players on Day one of the Horseshoe Council Bluffs series out of which Doug Hutcheson collected the first ever gold ring of his career for evenet#1, and that was a $365 No-Limit Hold’em event attracted 179 players. He also collected the first prize of cash $14,500.

The second gold ring of the tournament awarded to Mark Fink, a pro poker player of United States for event#2. It was a $365 buy in No-Limit Hold’em Bounty event to which fink did great and won his fourth gold ring as well as collected $7,898. Total number of participates to event#2 were 141.

Meanwhile there were two more games for rings going on at the tournament. The event#3C is a $365 Buy in No Limit Hold’em re entry, which attracted 265 entries whereas event#3D is also a $365 No Limit Hold’em Re entry (Flight D). 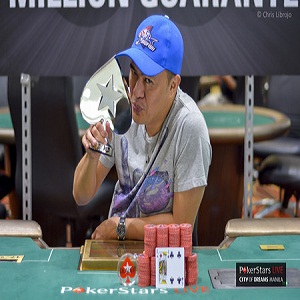 The tournament received 885 entries from all over Philippines and Asia but it was Michael De Leon, who rock the show and won the first prize of amount P140,000 in a deal made in between top players.

Meanwhile the first, second and third places were from a deal made in between. Michael De Leon got first place, Julius Lagman (second for P130, 000) and Antonio Ona added P115, 000 in his account and booked for third position.