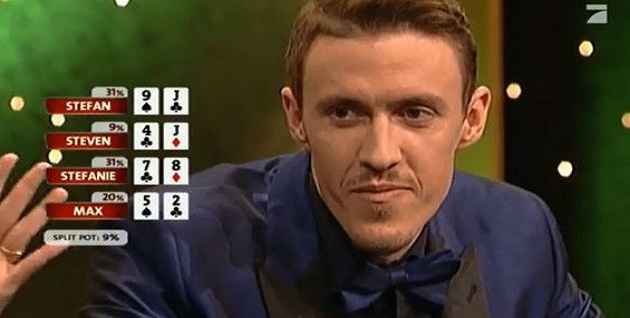 Max Kruse accidently leaves an amount of €75,000 in a taxi. Kruse is a professional footballer and plays for Wolfsburg, Germany. Kruse won the money playing at World Series of poker in Berlin back in Mid October against Hoffenheim, but left all the money in a Taxi while on the way home. After knowing that he had lost the money, he went to police. However the player has not got the missing money yet.

The 27 year old player collected a handsome amount of €75,000 at World Series of poker last year playing against Hoffenheim, another pro player from native country.

Team Wolfsburg’s sporting manager Klaus Allofs told that Kruse is a professional footballer and he has some norms to follow, he has certain duties and obligations and that why the club has slapped a fine of €25,000 to the player for playing in tournament without any permission from the club.

“You might be a private person as a footballer when you are in your bed,” he said. “At any other point, you are also an employee of the club.

“We have explained to him everything that is required being a Wolfsburg player and what we expect from our players” Wolfsburg manager added in a press release.

Kruse is a forward and knows how to score even a half chance in a goal. The sticker has been through 33 games and scored nine out of them, which seems to be a great performance by the player but at some point the player has to work a bit more than others.

Looking to play and win real good money at online poker websites? Here at real poker online, you would receive great welcome bonus as well as chances to play in freeroll tournaments. Check this out and receive whatever you need.